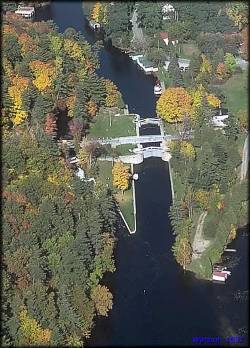 For more than a half century, they were all of one name. Then family mergers and moves away began. Doyles and Flemings and Simmons at Chaffey’s Lock turned to Noonans, O’Briens and Grays in Kingston, Montréal and Ottawa, then Jacksons, Breaults, Linders, Underwoods, Shaws, Kierans in Toronto, New York and London, then Cavalcantis, Pendakurs and deNeeves on the west coast, in Brazil, Ireland and the far east. There were fifty three great-grandchildren, almost a hundred in the next generation, then more than two hundred and by now, with the generation of great7grandchildren well underway, there are thousands of Pammy’s descendants in the land. Many have embraced cultures, traditions, languages, colours unknown to the Canadian progenitor. Others stayed close to the original homestead at Chaffey’s and live there still.
And some dug deep for Canadian roots. A child of the Inuit was adopted by Pammy’s great4granddaughter. A great5grandson is half Cree and a great6grandson is at least a quarter Mohawk.
A great2granddaughter married into one of the earliest lines of the Métis, a unique mix of aboriginal and colonist parentage, in this instance arising from one of the most inflammatory, defining incidents in Canada’s earliest days. It is still recorded as the worst mass killing in Canadian history, more than three hundred and twenty five years later. The Lachine Massacre.

Pammy’s granddaughter Kate at right, with her own granddaughter Eunice and great-grandsons Tony (right) and Brian, who are ninth generation Métis.

They came at night, an army of 1,500 Iroquois warriors, overwhelming the small Québec village and terrorizing Montréal a couple of miles east for days after. It happened August 5, 1689. The Iroquois took some captives from Lachine that day and those they didn’t kill or keep were returned in the year or so after the massacre. One of these was Anne Mouflet.
Anne Mouflet’s mother, Anne Dodin, was one of the famously-styled filles du roi sent by the Sun King Louis XIV to help populate what was then a French colony. In 1669 she married Jean Mouflet, a soldier in the Carignan-Salières Regiment and one of 450 who opted to remain here when the regiment went home to France. With a pension and a plot of land, he and Anne would have eight children.
In 1689 there were fewer than 12,000 colonists in Nouvelle France, or Quebec. There were another 1,000 in L’Acadie (N.B.) and 3,000 in Newfoundland. Lachine, with 375 inhabitants, was one of the larger communities. There were probably more than 50,000 aboriginals in the same territory, which stretched west only as far as an outpost at Kingston, then known as Fort Frontenac.
The assault on Lachine was the culmination of nearly a century of bloody, take-no-quarter, show-no-mercy brutality. If there was a single incident or instigator, it would have to be Samuel de Champlain. This was ironic because Sam was essentially a peacemaker whose entire career revolved about bringing people together. But he was new in Canada and made a big mistake in 1609 when he lined up with the Wendat nation (called Huron by colonists) against the Iroquois. In their very first encounter, Champlain killed two Iroquois chiefs. But these foes were more menacing than Sam or native enemies bargained for. They stayed at war continuously with Champlain and his successors and all but obliterated the Wendat. Sam’s shot would resonate for 80 years and finally explode in the savagery at Lachine.
Iroquois had seen the colonists as a threat to their sovereignty from virtually the first encounter. As time went on and newcomers kept coming, the Mohawk Chief Teoniahigarawe would warn, “Brethren, the Governor of Virginia and the Governor of Canada are both quarrelling about lands which belong to Us, and such quarrelling as this may end in our destruction.”

It wasn’t as simple as white people against auburn people. The whites — French, Dutch, Spanish and English — were fighting among themselves a lot of the time. And some blood feuds between aboriginal nations had gone on for centuries. But the Canadien-Iroquois connection at the core of the embryonic country was particularly intense, and so it remains in territories such as Kahnawake and Akwesasne, south and west of Montréal.
Iroquois are not an Amerindian nation per se, but a confederacy formed sometime in the fifteenth century. They refer to themselves as the Haudenausonee, or people of the longhouse, and there were five member nations in the 17th century — Mohawk, Oneida, Onondaga, Cayuga and Seneca. They lived for the most part in what is now northern New York, southern Quebec and eastern Ontario, an area not then under colonist control and referred to in French as Iroquoisie.
Furs were the primary reason for the French presence in Canada. The primary motive of Iroquois was to control access to furs, which could be traded for metal goods, guns and ammunition, cloth and brandy. This meant fighting off Wendat and Illinois and other nations that wanted a piece of the action, as well as resisting the push of settlers for land. Skirmishes and battles, part of a way of life on this frontier, escalated in 1665 when the Carignan-Salières regiment arrived from France and promptly destroyed several Mohawk villages where inhabitants had been decimated by smallpox. In 1687, Governor General Denonville lured 30 Iroquois chiefs under a flag of truce from a council at Onondaga. He had them seized, chained and shipped to France to be used as galley slaves. He then led 2,000 men deep into Seneca territory and destroyed their largest village. The confederacy, infuriated, set out to terrorize Canadiens as never before.

There is no list of the warriors who descended on Lachine. Most were Mohawk, but warriors and younger braves from all five nations must have been present, a badge of honour to be there. The names of the leaders have not come down, nor the numbers from each member nation. But we know something of one young Onondaga. His name was Little Dog, at least that’s how it translates. He was 17. Was he there? Passions ran high. For Iroquois this was not just jostling for advantage but a strike of retribution in a war for survival. Most likely he wouldn’t have been kept away. Certain it is that he had friends and family in the fight.
There was a summer storm that night. Thunder rolled over the St. Lawrence. Lightning flashes lit the 77 log, plank and stone homes in the rural community, 10 miles west of Montréal. A hard rain pelted the roofs and ground. There were guards on duty, as always, because the danger of attack was constant. But they sought shelter from the weather and were sleeping as a war party stepped ashore in the dark. Undetected, they fanned out in pairs, threes, fours and small groups, holding to the edge of the woods, away from dogs that might bark a warning. Dressed in loincloths, bodies and faces painted to terrifying effect, they were armed with metal hatchets and guns supplied by English provocateurs in what is now the United States.
The command to attack comes at dawn Friday, August 5. They descend, smashing at windows and hacking doors, with howls and shrieks that disable their victims with fright. Some colonists try to barricade their homes. The attackers set fires and wait for them to flee the flames. Twenty-four settlers are killed in the initial raid (Jean Mouflet, Anne Dodin and two of their daughters among them), more than ninety are taken prisoner and four dozen die in captivity (including Anne Mouflet’s husband Mathias Chateaudeau and their son Jean) but Anne Mouflet survives.
The massacre sparked three years of off and on warfare, with sporadic attempts at parleying. Then a new player entered the arena. The name of Louis-Hector de Callière doesn’t echo through history’s halls as loud as Champlain, Maisonneuve or Callière’s long-time boss, Louis Buade de Frontenac, whom he succeeded. But his contribution was at least as valuable.
Callière convened the Great Peace Council of 1701 in Montréal. He had the assistance of some French military successes to bring adversaries to the table, but for his time he was a diplomat. He went first to meet Iroquois for a conference in the territory of Onondaga, in March 1700. In September, he signed a preliminary treaty with 13 chiefs. He then invited all Amerindian nations of the Great Lakes region to a council in Montréal in the summer of 1701.

Genealogical tables don’t say how Anne Mouflet and Little Dog Tsihène came together after the bloody events of August 1689. Did she go to him? The marriage took place in Iroquoisie, in a Catholic church that preserved a record of the union. We don’t know whether they met or spoke when she was a captive and he a young warrior. The marriage came long after. It’s not obvious that he came all the way into her world but he came far enough for his line to survive there.

She would live to be 70 and, after Massias died, took a third husband. But it was Massias who fathered this line. Out of the ashes of Lachine they survived to help populate the nation that in time would become Canada. Their healthy branch of Pammy’s family tree is living proof. After a few centuries, every genealogical list reveals dozens more cousins from the same stock.
Theirs was far from the first mixed marriage between white and aboriginal although it was early in the origins of that distinct Canadian population, the Métis. Most of the unions that produced the 400,000 Canadian Métis alive today began in the 18th and 19th centuries, between Algonquin, Cree, Ojibway or Mi’kmaq women and Canadien voyageurs and Scottish traders on their travels east and west from Montréal. But René Tsihène Massias was the man of Anne’s house.
These two were in the thick of it at Lachine that night in August 1689, on opposite sides, his people killing her people, and terrifying her. But survival in harsh conditions — harsh was a common condition in 17th century North America — requires a practical turn of mind. After a while hurts heal. Cooler counsels prevail. Come together. No more war. War no more. Peace.
Unusual it was for her to be Canadienne and he Onondaga. How much more unusual that they had set aside the hate from that day of infamy when their peoples had been on opposite sides? Despite furious provocation, this early willingness to “bury the hatchet” — Callière and the chiefs threw war-axes irretrievably into a “pit so deep that no-one could find them” before the peace conference — has become, after germinating all these centuries, a quasi-genetic Canadian trait to consult, to compromise, to accept and welcome differences, to mix, to keep the peace.